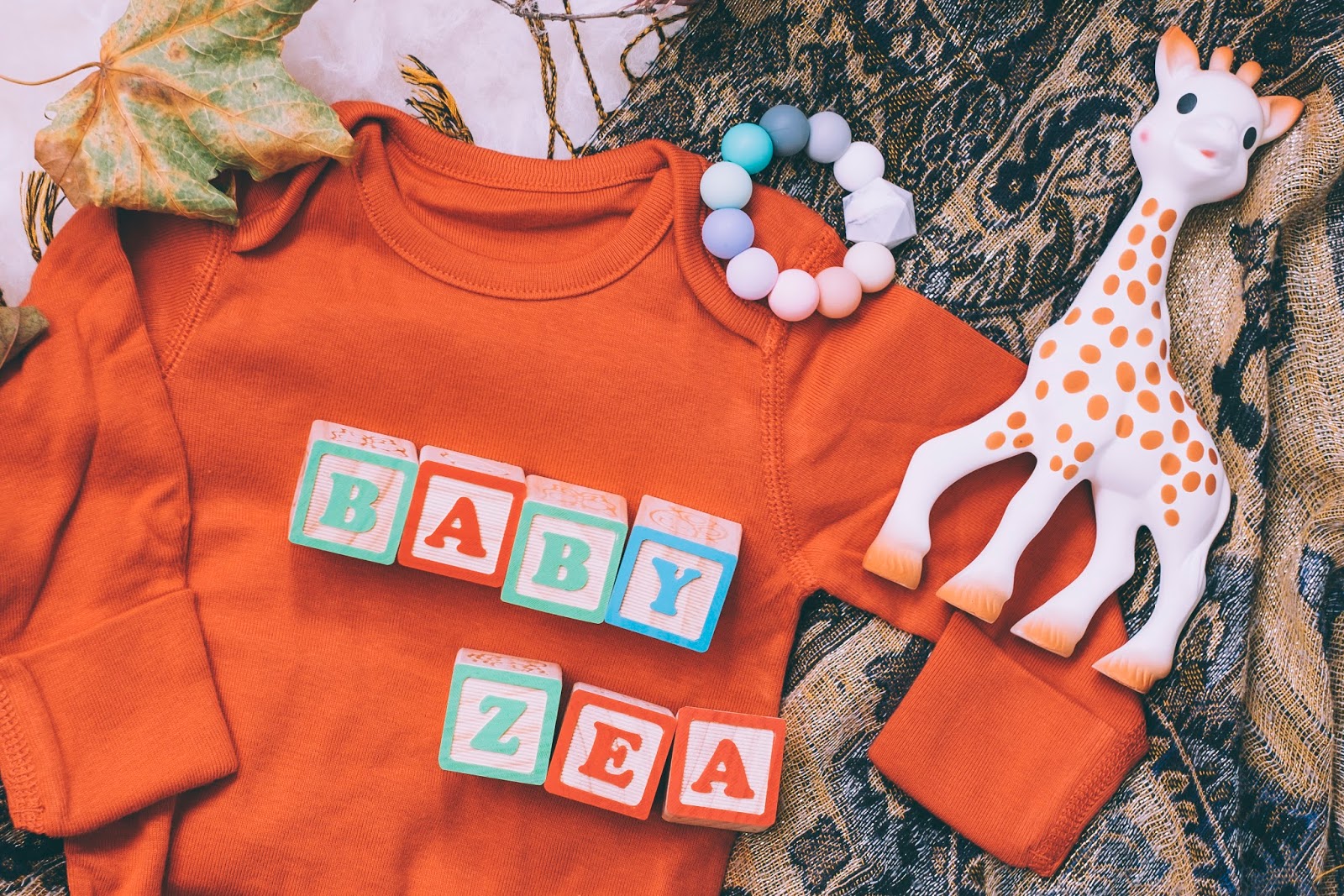 It’s been six weeks since I last managed to write a pregnancy update, and a hell of a lot has changed since then. The bump has grown A LOT and has got lower and lower every day, I’m pretty sure he’s on his way out now.

I had a little hiccup a couple weeks back which resorted me going to the hospital in the night with the thoughts of pre-eclampsia but after hours there and lots of blood tests all is well now on that front and the pre-eclampsia has been dismissed luckily. Turns out it’s something that’s not pregnancy related that I will have to get looked into after I’m done with pregnancy.

If you’re wondering how we’re getting on the name front… we’re not. We are totally and utterly stuck and don’t like a SINGLE name. We’ve decided we will choose a name once he arrives and we’ve seen his little face!

Mentally I’m pretty much 100%! Physically everything has become more and more of a struggle. The stairs feel like I have run a marathon. Putting on my shoes and socks has become near impossible without sending my stomach into a pure pain pit. I have to get Bradley to dress me most days. When I’m alone I just struggle whilst rolling around on the bed trying to reach my feet. Bradley very kindly painted my toe’s for me though… he didn’t do too bad considering!

Sleep is surprisingly still pretty good – I think I’ve been lucky on this in pregnancy. Most nights I don’t wake, and the only times I do wake is if I’ve been A) kicked awake by the baby. Or B) awoken by the immense pain of heartburn.

On the last update, I complained about the dryness of my hair and how it had started forming matted patches again. I’ve got that under control now after a couple of hair treatments and a fresh cut and colour ready for little cubs arrival – as I’m sure I won’t have time to get it done in the first few months… and I embarrassingly hadn’t had it cut or dyed since March… the roots were BAD!

We are now up to the size of a watermelon! I could easily eat a whole watermelon right now… the refreshment of that beautiful fruit, although I don’t know where I would fit it! Or, if you’d rather know what ‘strange and wonderful’ animal we’re size comparison to he’s apparently the size of a full grown Pomeranian… hopefully not as hairy though! Although that would explain the crazy heartburn. 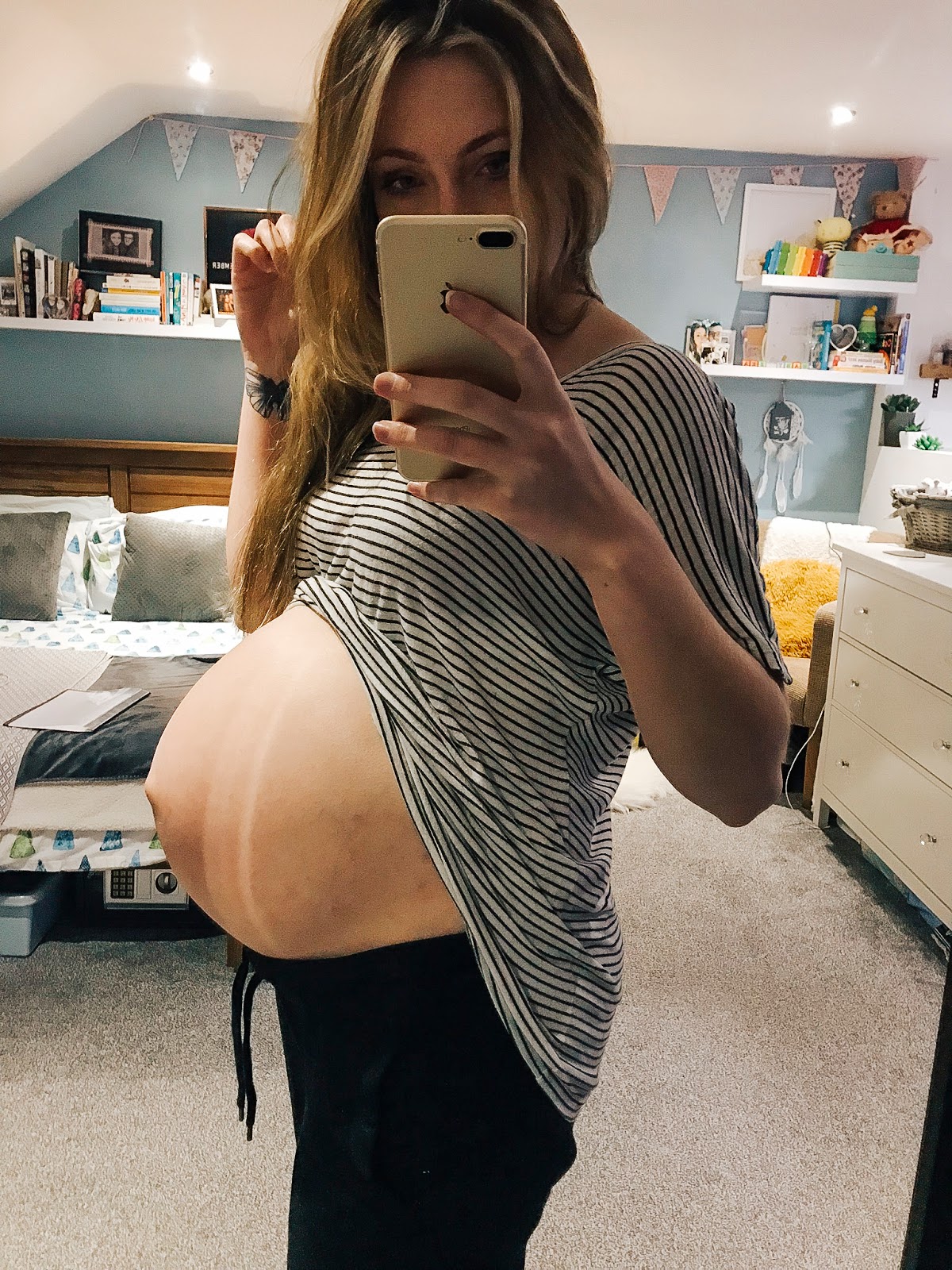 I personally think my belly size has grown massively since the last update. He’s really starting to push down low and give me some lovely lightning strikes of stretchmarks across my sides and around my belly button. One on around my belly button actually looks like a kiss mark, which I think is pretty sweet. A little kiss from our baby boy.

His arrival DUH! But seriously, it’s getting closer and closer and I am beyond excited about that fact. I’m a little worried he’ll come earlier than expected because Bradley is fully booked at work until Christmas Eve, and he really can’t let his customers down. But what will happen will happen, and he’ll come when he’s ready!

BIGGEST CRY OF THE WEEK

I don’t *think* I’ve been too weepy this week. Bradley will probably tell you differently but I can’t think of one certain moment where I’ve had a cry over something. I’ve definitely cried, but probably for no reason whatsoever! Probably because of something on television like I’m a Celebrity (I’m not ashamed to admit!).

We’ve reached FULL TERM. Basically meaning that if he were to make his arrival at any point now he would be classed as a full term baby, not premature, and he would most likely be completely fine. We’ve fitted the car seat and ISO-fix base into the car now, sunshades and everything! It’s odd when we’re driving just the two of us, with an empty car seat sat back there. It’s so crazy to think he’ll be all snug and strapped in there very soon!

Baby himself seems absolutely dandy. He’s kicking away in there, there’s no question about it – he is down there and he is ENGAGED! All of his movements are exceptionally low, he’s right above my pubic bone now. We think he might become earth-side sooner than expected. In fact last night/yesterday we were positive something was happening. After hours and hours of contraction like pains, which started to become closer and closer together, they just disappeared around 11pm once they’d gotten to around 7 minutes apart. We were sure we would wake up to a wet bed (waters-breaking, not bladder leaking!), although that never happened, and today I’ve not had many contraction-like feelings at all, nothing that was patterned anyway.

I wish someone would just give me a definite date for his arrival. Not keen on this whole surprise thing!